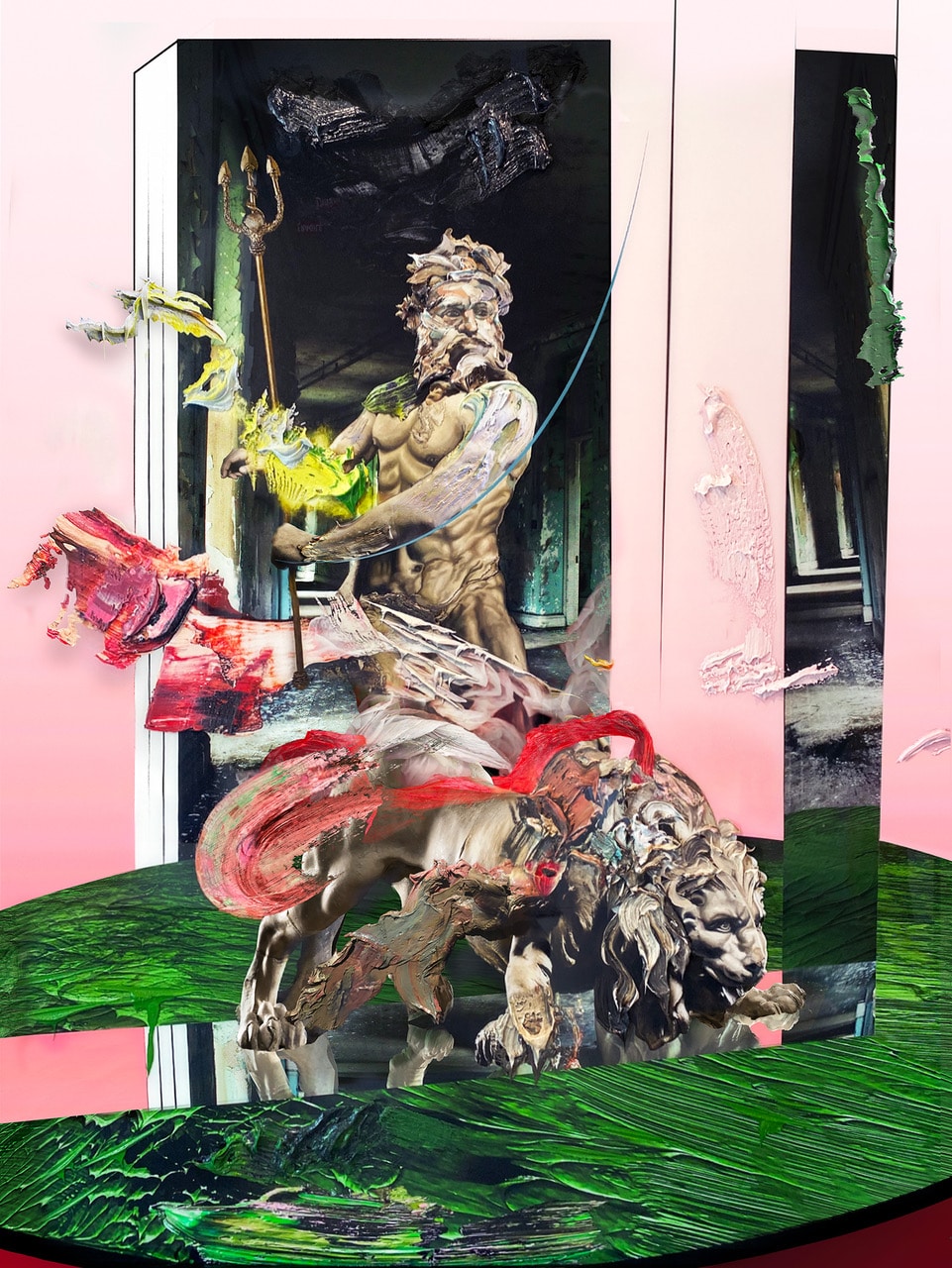 In this series AD-Reflex hints at the architectural, ghost-like framing devices used by Francis Bacon. Bacon used a cubic or elliptic cage around the figures depicted to create his dramatic compositions. These ‘imaginary chambers’ are a way to emphasize the isolation of these presented figures so bringing attention to their psychological condition.

“Strays and exiles” by AD-Reflex is a re-imagined version of “Neptune and Triton” (1622-3) by Italian sculptor Bernini. With some notable changes to the original sculptural group, the artists manage to subvert the original historical and symbolic frameworks and pull the work onto the distinct Twenty First century aesthetic. The Bacon(esque) use of cubic or elliptic cages or frames strenghten the idea of endless ‘staging’; that everything can mix with everything, that everything is possible and in perpetual transformation. Triviality mingles with glamour, banality with sophistication, and despair with beauty.

AD-Reflex’s entire sensibility appears to be stetched between irreconcilable extremes. In their hands, history and fact turn out to be disturbingly malleable and imprecise. They draw on any source which might provide the mythical structure to underpin their imagery. Diverse sources ranging from Greek mythology, Caravaggio, Francis Bacon, Twenty First Century culture, technologies and symbols mix and co-exist freely.

Through extensive layering (digital collage, 3-D modelling techniques and oil paint), their work borders on the ‘alchemical’ where no clear distinction can be drawn between the painterly and the digital.